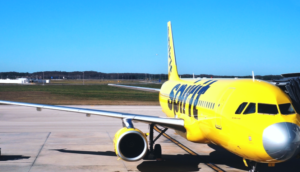 Today Only! 85% Off Promo Code Sale on Spirit from $49+ Roundtrip

Today only! Take up to 85% off the base fare on your next Spirit Airlines flight for late summer/fall travel. All routes throughout the U.S., Caribbean, and Latin America are being discounted as long as you start your search from the specific sale page. Fares are starting from just $49 roundtrip.

To book any route, go to the sale page on Spirit's website and enter promo code 85PCT when searching from that specific page. Fares will then be discounted up to 85% off of the base fare for roundtrip travel within the following dates:

The discount will only apply to the base fare and not to taxes nor Spirit's booking fees so don't expect to see that large of a price drop on certain routes.

Spirit has a long list of excluded markets. However, if you start your search directly from the sale page, all routes are being discounted, even if they are listed as excluded.

If you get an error message when searching from the homepage, try the search again from the sale page and it may work. This bug could be corrected at any time.

There are many more routes available as well and domestic routes will work in reverse. The lowest fares may not be available for the entire travel period and you'll have to decline any extras to get the lowest price.

Also, make sure to compare with other airlines that might include more luggage. Even with the so-called "85% off", other airlines may still offer a better deal on certain routes. What Are My Rights if My Flight Is Canceled?

What You Should Know Before Flying Spirit Airlines

How to Avoid Mexico’s Tourism Tax for Short Visits

6 Tips for Getting a COVID-19 Test for Travel

10 Fanny Packs That Are Perfect for Travel